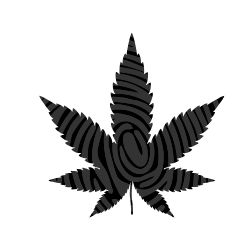 The march towards nationwide legalization of cannabis has ramped up considerably in the past few years. In the U.S. currently, 33 states and the District of Columbia have legalized pot in some form. In fact, 11 states along with Washington D.C. have legalized marijuana even for non-medicinal purposes.

Although many celebrate this shift in dynamic, it has shed light on some problems that must be addressed to keep the legal sale of cannabis safe and regulated.
FREE TRIAL
Learn More

The minimum age of cannabis consumption most often is 21 years old. As with other age-restricted products, when a customer comes into to purchase the product, they must show physical proof of their age. However, as commerce has evolved to keep up with the demands of the digital age, much more shopping is done online, this includes cannabis products.

The question is:  are the age verification steps used by online distributors sufficient for such a sensitive product?

Cannabis has been coded as a societal ill for the majority of most people’s lives. Combine this with the fact that there are still vocal opponents to the legalization of the product, and you get a lot of people waiting to see if this experiment crashes and burns. It is also important to note that the federal government still considers the product illegal, putting its state-level legalization in somewhat trepidatious waters.

The industry can’t afford to allow cannabis and related products to wind up in the hands of underage customers. The sellers of these products need to know they are and are not selling to minors, and a lot of the traditional methods of identification are falling short in the age of e-commerce.

It would be naïve to assume that minors won’t try to exploit currently existing gaps in online age verification. Over half of self-reported cannabis users admitted to starting this use between the ages of 12 and 17.

Fortunately, however, age verification software is ready to stem the tide.

Unfortunately, traditional methods of age verification are not up to that task.

If a minor wanted to purchase marijuana by visiting their local store or dispensary, they would have to bring at least one valid form of official identification – such as a state I.D., Driver’s License, or similar.

FREE TRIAL
This ID is usually checked for authenticity, scanned and kept on file, and cross-referenced on subsequent visits to ensure the customer is who they say they are. It’s not a perfect system, as fake identification is far from unheard of, but it does serve as a reasonable deterrent for minors who might otherwise try to buy the product, especially when compared to its online delivery counterpart.

If a minor wants to order age-restricted products online, to be delivered to them online or directly to their door, in some cases all they have to do is lie when asked when their birthday is. This reliance on self-reporting, often used as a bare minimum to take the onus of maintaining protected content off of the website and put it on the person self-reporting, is not enough.

The Problem May Be Bigger Than It Seems

The problem of poorly handled age verification would likely be much farther reaching than instances of children buying marijuana or even the closure of a few dispensaries here and there. There is a strong possibility it could halt legalization going forward.

We’ve already seen something similar with vaping and e-cigarettes. Throughout early 2019, there were reports of several deaths or severe health incidents linked to e-cigarettes, some of them being underage. In response to this, talks of a full-on ban of certain types of vaping materials came into play, some flavors were flat out banned, and all of this was done ostensibly to protect children.

All of these efforts ignore the relatively low number of fatalities, as well as the fact that almost all of the deaths occurred in connection with black market products that had been tampered with. But the experience of the vaping industry shows a reactionary, and arguably over-reactionary response when it comes to perceived threats to children.

If the cannabis industry can’t sufficiently keep its product out of the hands of children then the government will almost certainly attempt to do it for them, in ways that are likely to negatively affect its of-age user base.

Modern problems require modern solutions.  Self-reporting is a thing of the past.

These fully online systems can also take the form of facial recognition verification, where artificial intelligence-based image analysis software can be used to cross-reference your face with official photographs on licenses or passports to verify your identity. In fact, Australia is considering implementing this technology to better age-gate pornography.

The technology is so advanced that it processes a feature known as certified liveness detection. This feature can see through advanced image manipulation attempts such as Deep Fakes (a face-tracking technology that can all but seamlessly apply one person’s face to another person’s body). These technologies would render fake IDs or the misuse of a parent’s ID effectively useless.

However, as this technology is in its early stages of implementation, there has been some pushback from those who feel it encroaches too far into their privacy. Facebook, for example, must face a class-action lawsuit for obtaining and using their customer’s biometric data without their express consent. At the same time, challenges to the use of facial recognition software by the police were dismissed by the High Court of England and Wales.

Facial recognition offers a potential solution to a problem that may rise above the current legal challenges. The cannabis industry is not the only one that could benefit from the wider implementation of facial recognition. Any online industry that relies on customer verification can fortify their methodology, as the technology is already being used for online gaming, online banking, and pornography.

One thing is for sure. The sooner the cannabis industry realizes that self-reported age verification is not up to snuff, and potentially dangerous to the industry as a whole, the better.  The various forms of online ID verification could be a huge boon to the industry.

Concurrently, the legal actions being taken in the name of protecting privacy are important as well. The usefulness of this technology also makes it easy to abuse. That said, in its proper application, it benefits all parties involved.

The cannabis industry is already closely associated with vaping. It should take all the steps it can to avoid the arguably undue scrutiny now facing e-cigarettes. That begins with beefed-up age verification methods, making use of the latest in online ID verification software.

This website uses cookies to improve your experience while you navigate through the website. Out of these, the cookies that are categorized as necessary are stored on your browser as they are essential for the working of basic functionalities of the website. We also use third-party cookies that help us analyze and understand how you use this website. These cookies will be stored in your browser only with your consent. You also have the option to opt-out of these cookies. But opting out of some of these cookies may affect your browsing experience.
Necessary Always Enabled
Necessary cookies are absolutely essential for the website to function properly. This category only includes cookies that ensures basic functionalities and security features of the website. These cookies do not store any personal information.
Non-necessary
Any cookies that may not be particularly necessary for the website to function and is used specifically to collect user personal data via analytics, ads, other embedded contents are termed as non-necessary cookies. It is mandatory to procure user consent prior to running these cookies on your website.
SAVE & ACCEPT